On Sunday I went to West Dean College, near Chichester to visit their Chilli Fiesta. There were 250-plus chilli varieties to see, some 80-plus stallholders selling everything from Chilli seeds to Chilli chocloate, Chilli cheese and even Chilli beer! As well as some very fiery food tastings there was a great Latin rhythm band and hundreds of people – all interested in these powerful little plants.

I also tasted a minute piece of the world’s hottest chilli, the Dorset Naga. The strength of a chilli is measured in Scoville Heat Units (developed back in 1912 by Wilbur L. Scoville using a human tasting panel). The Dorset Naga registered a Scoville heat unit of 876,000 by and American Laboratory. Previoulsy the record holder was a Red Savina Habanero with a rating of 577,000. When it was first tested the result was so startling that the Dorset pepper was sent for a second test to a laboratory in New York used by the American Spice Trade Association. It recorded a higher figure of 970,000 heat units. The Naga was developed from a variety which originated in Bangladesh. I tasted the tiniest piece and it really blew my head off. It took nearly an hour for me to regain some taste sensation. Wow!!!

Why are chillies hot? Well, I’ve learn’t that the heat of the chilli comes from the oil called capsaicin which is present in the chilli. It is found mostly in the seeds and the “ribs” of chilli peppers. Capsaicin acts on the same nerves – found in the tongue and the skin – that gives us a sensation of heat. It releases a chemical called “substance P” into the blood which sends signals to the brain, telling it you are eating something hot.

West Dean’s gardens include a chilli greenhouse, with hundreds of species from around the globe. The other areas of the gardens are a real delight. The restored Victorian walled kitchen garden have a vast collection of unusual, exotic and well-known vegetables and fruit with many varieties from the Heritage Seed Library. It’s a wonderful place to visit throughout the seasons.

Check out the West Dean Gardens website for more details 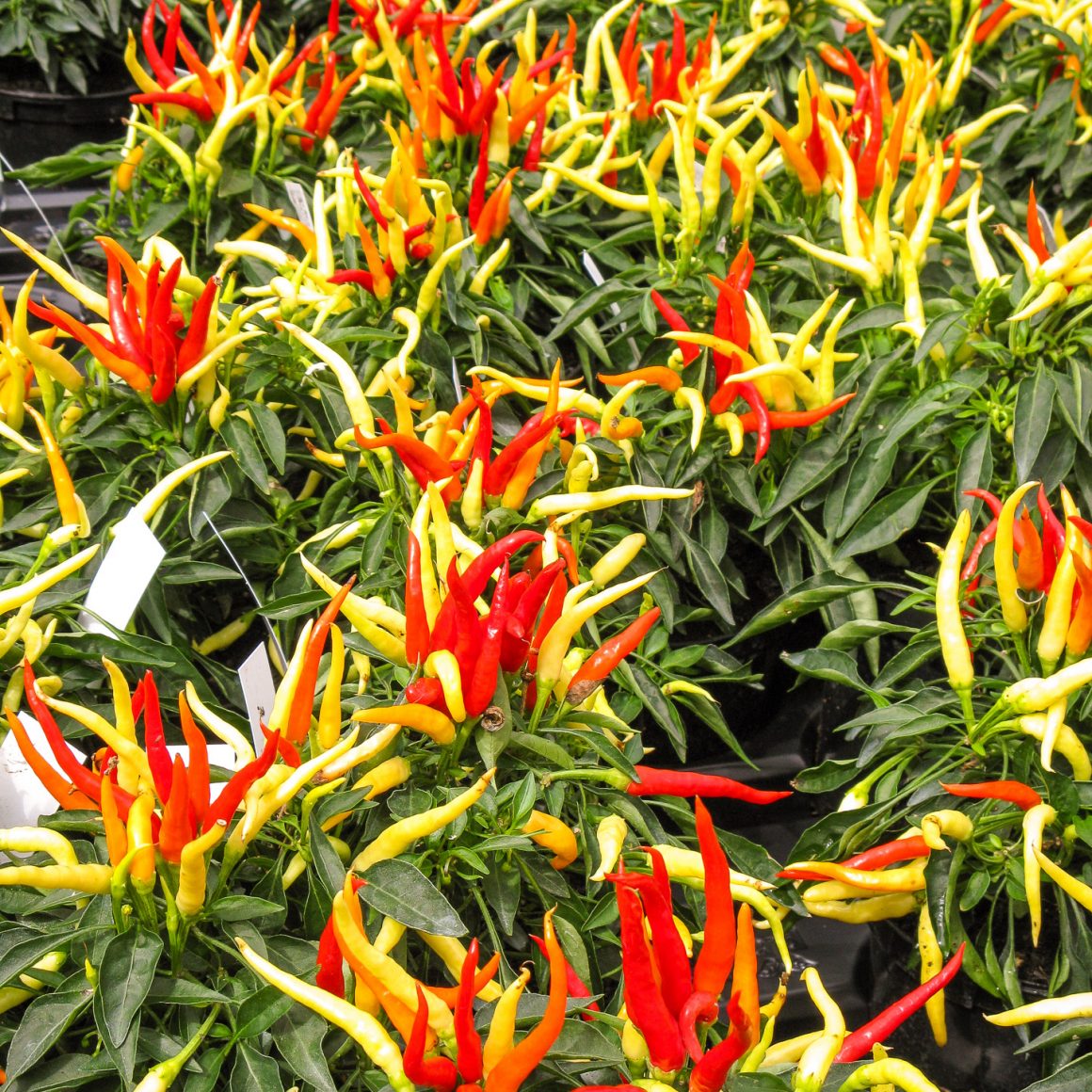